It is very interesting to see many celebrities adopting children and giving them a new life. Adoption requires a lot of mental preparation and commitment to look after the child. Adoption comes out from the kind hearts.

This article discusses the benefits of adoption. It presents the list of a few celebrities who have adopted children.

Here are a few benefits that adoptive families get:

The benefits that adopted child get are:

Celebrities Who Adopted a Child:

Here are a few celebrities who have adopted children and set a good examples for society.

Tyler Gerald Burrell, is an American actor and comedian. This family holy star married to Holy in 2000. They adopted their first daughter, Frances, ten years later and second daughter after 12 years later after their marriage in the year 2012.

Katherine Heigl is an American actress and a famous fashion model. Katherine along with her husband, Josh Kelly, adopted their daughter in the year 2009. She adopted her daughter from korea.

Julie is one of the best celebrities who have adopted kids. Dame Julie Andrews is a Hollywood actress, singer, and author. Her husband, Blake Edwards was a director who passed away in 2010. This music actress adopted two daughters Amy and Joanna in 1974 and 75.

Denise Lee Richards is a famous American actress and a former fashion model. She was married to charlie sheen and has two daughters with him. In June 2011, Denise Richards adopted a third daughter Eloise Joni Richards, as a single parent after divorce with Charlie Sheen.

Lionel Brockman Richie Jr. Is an American songwriter, composer, multi instrumenta list, record producer, and actor. He adopted a fashion designer and TV personality, Nicole Richie. Lionel spoke out in an interview that he has seen Nicole on the stage at Prince concert when she was just 4 years old.

Sheryl Suzanne Crow is an American musician, songwriter, singer, and actress. She adopted her first child Wyatt when she was recovering from breast cancer in 2007. She also adopted another boy named Levi.

Viola Davis is an American actress and producer. She appeared in film, television. Viola was the winner of Oscar award. She adopted her daughter Genesis, when she was just a baby in july 2011.

Angelina Jolie is an American actress, filmmaker, and humanitarian. She was named as Hollywood’s highest paid actress several times. Jolie gave birth to daughter Shiloh in 2006 and twins Knox and Vivienne in 2008 with her partner Brad Pitt.

Madonna is one of the famous people who have adopted kids. Madonna Louise Ciccone is an American singer, songwriter, actress, and businesswoman. She is referred to as the ‘Queen of Pop’ since 1980’s. Madonna gave birth to her daughter Lourdes in 1996 and Son Rocco in 2000.

She adopted four children from Malawi.

Dame Elizabeth Rosemond Taylor DBE was a British- American actress, businesswoman, and humanitarian. She began her career as a child actress in the year 1940 and became the popular star in 1950.

Ewan Gordon McGregor OBE is a Scottish actor. He is well known for various film roles, including independent dramas, science fiction epics, and musicals. He married Eve Mavrakis in the year 1995. They together have two daughters Clara Mathilde, and Esther Rose.

They adopted two children:
Ewan McGregor along with his Ex-wife Eve adopted 4 years old Jamiyan from Mongolia in 2006.
They adopted another daughter named Annouk in the year 2011.

Meg Ryan is an American Actress and producer. She started her career with minor roles in 1981. She gave birth to the child Jack with her partner Dennis Quaid in the year 1992. They adopted 14 months old Daisy from china in the year 2006.

She is a famous Indian actress and entitled Miss India in 1994 and Miss Universe 1994 at the age of 18 years. Being a single mother she adopted two daughters, Renee and Alisah.

Karenjit Kaur Vohra, known by her stage name Sunny Leone, is a famous pornographic actress active in the Indian film industry. Her another stage name was Karen Malhotra. She has American and Canadian citizenship.

Sunny Leone along with her husband Daniel Weber adopted a girl child Nisha from Maharashtra.

Sakshi Tanwar is an Indian actress and Television Presenter. She adopted a nine months old baby girl in October 2018.

Tom Cruise is an American actor and film producer. He has received many awards including 3 golden globe awards and nominated for three academy wars. Cruise married to actresses Mimi Rogers, Nicole Kidman, and Katie Holmes. He had a biological daughter with Holmes. Cruise along with his second wife, Kidman adopted Isabella Jane and Connor Antony.

Sandra Anette Bullock is an American Actress, producer, and philanthropist. She was recognized as the highest paid actress in the world in 2010 and 2014. In 2015, Bullock was chosen as the People’s most beautiful woman and was included in Time’s 100 most influential people in the world in 2010.

Sandra along with her ex-husband adopted son Louis in January of 2010. Later she adopted a daughter named Laila.

William Bradley Pitt is an American actor and film producer. He received two Golden Globe awards and an Academy Award for his acting.

Brad Pitt along with his Ex-wife adopted 3 children:

Steven Allan Spielberg is an American filmmaker. He was marked as one of the most popular directors and producers in the Hollywood film industry.

Steven and his wife Kate Capshaw have seven kids collectively. Out of 7 kids, their son Theo and daughter Mikaela are adopted.

She has a biological kid named Peter Harmann. In 2012 Mariska along with her husband adopted a daughter Amaya Josephine.

Maria de Lourdes Villers “Mia: Forrow is an American actress and activist. She was a former fashion model. She got many awards including a Golden Globe awards and three BAFTA Award nominations.

She adopted 10 children from all over the world.

Mary Louise Parker is an American actress and writer. She adopted a girl named Caroline from Ethiopia in 2007.

Dame Emma Thompson DBE is a British actress, Screenwriter, activist, author and comedian. Emma Thompson and her husband Greg Wise adopted Tindyebwa in 2003, who was a former soldier from Rwanda. Using IVF, she gave birth to a girl Gaia in 1999.

Constance Elaine Britton is an American actress, singer and producer. She adopted 9 months old Yoby from Ethopia in 2011.

James Patrick Caviezel is an American actor. Jim and his wife Kerri Browitt adopted david, Bo, and Lynn from chins.

Diane Keaton is an American actress, director, producer, real estate developer, author, and singer. She was regarded as one of the most popular actresses of 1970s and 1980s. She received various awards including an Academy Award, a BAFTA award, two Golden Globe Awards, and the AFI life achievement award.

Kristin Laden Davis is an American actress. She adopted a baby named Gemma Rose as a single mother in the year 2011.

Mithun Chakraborthy, being a kind hearted adopted a baby girl who was found in a street side garbage bin. He named the girl as Dishani. He already has three biological sons when he adopted Dishani.

Catherine Elise Blanchett AC is an Australian actress. She is well known for her roles in both high profiles and low budget independent films.

She adopted a baby girl named Edith and she has three biological children.

Celebrities also have a kind heart towards the abandoned children. This article presented a list of few celebrities who gained fame in the film industry and in the society for adopting children.

Tip of the day 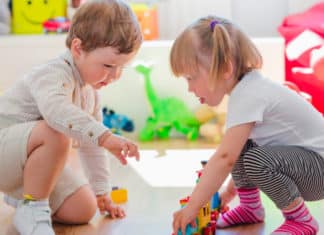 TIP OF THE DAY

Haritha Karyampudi - October 10, 2020
Sharing is the best social skill that the child should have. Do you have a child who won’t share? How to encourage your child...

Workout of the day

WORKOUT OF THE DAY

Haritha Karyampudi - July 15, 2020
Health is the primary goal of the kids right from childhood. good posture is important for the overall health of the body which can... 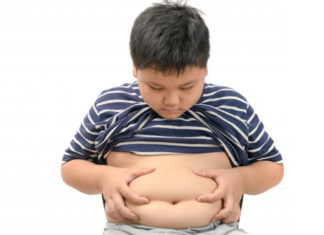 How To Talk To Your Child About Losing Weight?

Haritha Karyampudi - September 8, 2020
Obesity and weight loss are the topics that you must discuss with your kids but with care. If you are talking about shape and... 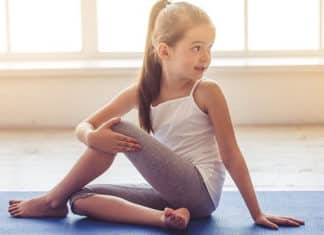 Haritha Karyampudi - September 28, 2020
Yoga is the best medicine for mental peace and physical fitness. If you are thinking about yoga practice at a young age then it...

Stay Connected with our Daily Newsletter